The Young Family Foundation is thrilled to announce that they have awarded a total of $1 million in scholarships and grants, a major milestone for an organization that continues to serve students.

To date, more than 70 scholarships have been awarded to students who have pursued degrees ranging from nursing, biology, aviation, pre-med, business, psychology, and more.

The Young Family Foundation is excited to have awarded their one-millionth dollar to the community in the form of educational scholarships and grants. $942,000 in scholarships has been awarded to students in Ganado, Louise, Tidehaven, and El Campo for various academic and vocational programs. $145,818.28 in grants has been awarded.

2017 Recipients of Local Grants and Scholarships from The Young Family Foundation:

According to The Young Family Foundation President, Paula Young Kacer, “We are so excited to support the communities that have supported Ganado Telephone Company and YK Communications since the 1940s.”

More information can be found at http://www.youngfamilyfoundation.com/.

About The Young Family Foundation

The Young Family Foundation is the non-profit organization founded by the owning family of YK Communications. The organization’s mission is to share success with local communities by way of scholarships and grants. 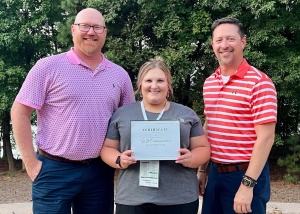 YK Communications of Ganado, Texas is honored to receive the Philanthropy Award for 2022 at The CrowdFiber Open. The annual networking and training conference was held in September in Lake Lanier Island, GA. Attendees from across the country joined the 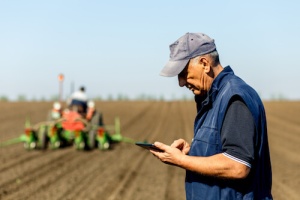 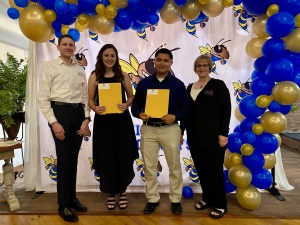 When choosing a rural broadband service provider, it is important to consider all the ways local service providers make big impacts in small towns. Our experience is in providing telecommunications services (high-speed internet, security, and voice services) to Ganado, Louise,

YK Communications of Ganado, Jackson County, Texas is proud to recognize its Vice President of Regulatory & Compliance Bill Rakowitz as being voted onto the Texas Lone Star Network (TLSN) board of directors. Board elections took place on the final